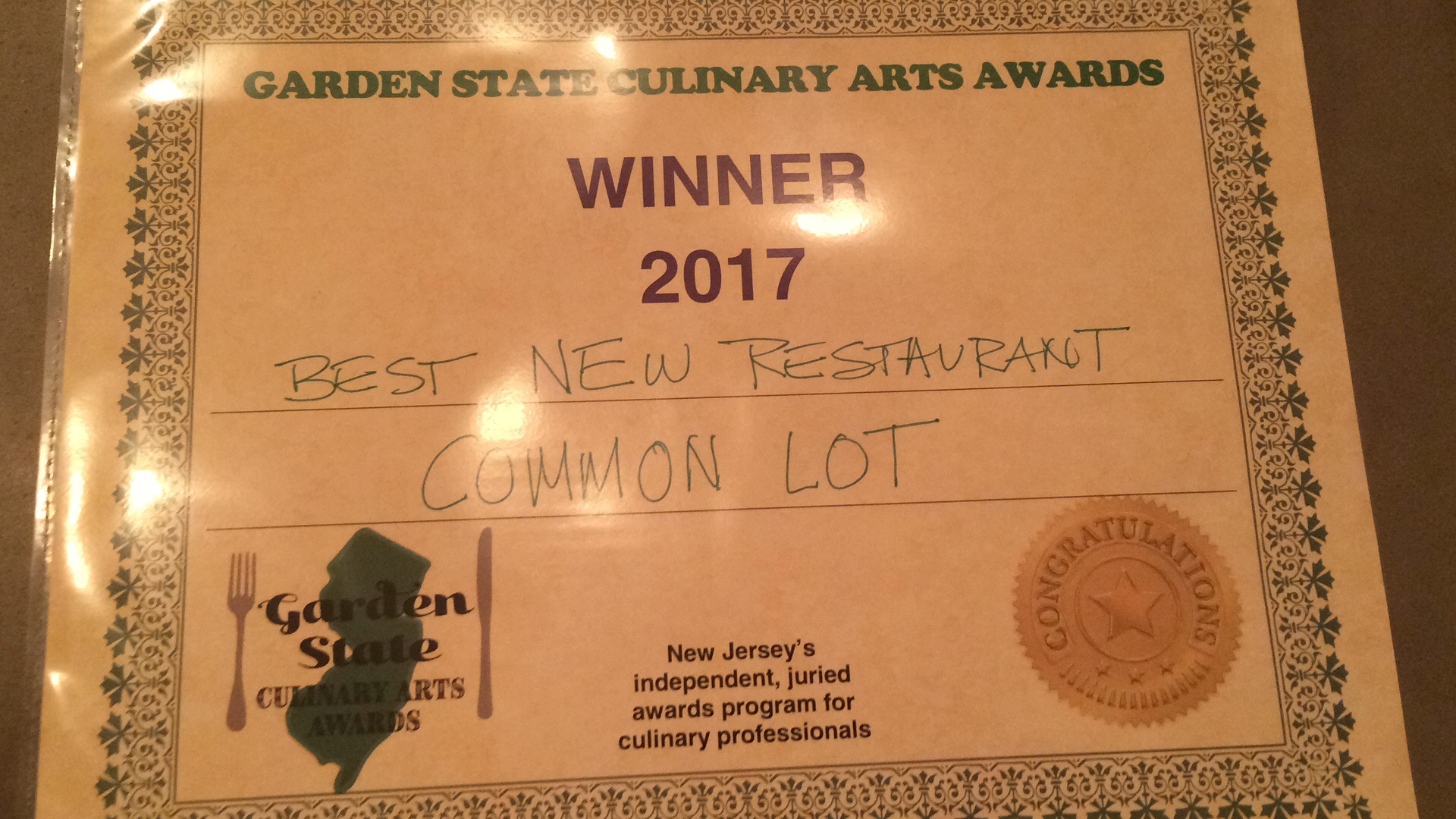 HAMILTON, NJ – Common Lot of Millburn was named Best New Resturant on Saturday at the Garden State Culinary Awards. The original candidate list was released in February, and then the top three vote-getters in each category were announced in April. The candidates are voted on by about 100 independent judges from around the state – journalists, food writers, cookbook authors and other culinary experts… Read More